ecentralized autonomous organizations, or DAOs are an innovative way for people to come together and work on a project with the sole purpose of generating profits. This is done by taking out the middleman (in this case, the company) so that there are no managers and everything is decided democratically by its members. In this article we will discuss what a DAO is, how it works, benefits, pitfalls to avoid, future applications of DAOs in different industries and more!

What is a DAO?

A decentralized autonomous organization is an internet-native entity with no central leadership. Decisions get made from the bottom-up, and they are governed by a community organized around specific rules enforced on a blockchain. The entities have built in treasuries that require member approval to access funds, but voting occurs during specified periods for decisions related to proposals submitted by members of the group.

How does a DAO Work?

There are various ways that you can participate in a DAO, usually through owning tokens. DAOs operate using smart contracts, which are essentially chunks of code that automatically execute whenever a set of criteria are met. Smart contracts are deployed on numerous blockchains nowadays, though Ethereum was the first to use them.  These smart contracts establish the DAO’s rules and those with a stake in it get voting rights that influence how it operates by deciding on or creating new governance proposals. DAOs are built on top of open-source blockchains, which allows anyone to view their code and financial transactions. They also feature a transparent treasury system that can be audited by anyone.

Let’s take a more detailed look at them.

First, a developer or group of developers must create the smart contract behind the DAO. After launch, they can only change the rules set by these contracts through the governance system. That means they must extensively test the contracts to ensure they don’t overlook important details.

After the smart contracts have been created, the DAO needs to determine a way to receive funding and how to enact governance. More often than not, tokens are sold to raise funds; these tokens give holders voting rights.

Once everything is set up, the DAO needs to be deployed on the blockchain. From this point on, stakeholders decide on the future of the organization. The organization’s creators — those who wrote the smart contracts — no longer influence the project any more than other stakeholders.

WHY DO DAOs IMPORTANT?

Starting an organization with someone that involves funding and money requires a lot of trust in the people you're working with. But it’s hard to trust someone you’ve only ever interacted with on the internet. With DAOs you don’t need to trust anyone else in the group, just the DAO’s code, which is 100% transparent and verifiable by anyone.

This opens up so many new opportunities for global collaboration and coordination.

ADVANTAGES OF DAOs OVER TRADITIONAL ORGANIZATION

Decentralized autonomous organizations aren’t perfect. They are an extremely new technology that has attracted much criticism due to lingering concerns regarding their legality, security and structure.

To help this make more sense, here's a few examples of how you could use a DAO:

Let’s take a more detailed look at them.

Protocols distribute a governance token enabling their past and present users to vote on network decisions. These tend to be protocol parameter adjustments or smart contract upgrades. Given the complex and technical nature of these decisions, some protocols see a handful of knowledgeable delegates emerge as thought and execution leaders in governance.

These organizations draw the closest comparison to traditional firm structures. The organization builds itself to develop and ship products and services, sometimes aided by token economic models and incentives. Revenues flow back into a treasury governed by the token holders. These projects sometimes hold governance tokens from other protocols and can emerge as powerful meta-governance decision-makers in external governance processes.

Stakeholders pool capital into these organizations and receive a (sometimes proportional) voting share to decide on what the DO should invest in. Owners pool their knowledge and expertise to build a portfolio of investments aligned with their mandate or investment objectives. We’ll likely see the emergence of activist investor DOs that can rapidly coordinate to move markets and push agendas.

A creator fractionalizes an NFT that represents a valued asset they created and distributes the ownership to a number of fans and supporters. This finances the asset’s production. The new owners can co-create, promote, market, and distribute the creation to give collective ownership, identity, and experience. Mirror and RAC have some interesting experiments here.

A similar structure to the investor DAO but with a more specialized focus on asset and NFT art curation at the moment. In the future, members could contribute expertise, brand, and capital to curate anything, including people and projects, and share in the upside and appreciation of a curated portfolio, or even fees generated from curation services.

Tokenized communities can organize around a shared interest or person, and use a DOs token to gate a certain social space, like a Discord server or a Telegram group. Members can benefit from the closed network and perks, as well as push initiatives and projects together.

These entities focus on talent coordination to provide a high-quality, contracted service to a buyer. Freelancers and individual contributors benefit from the organization’s distribution and marketing channels and their ability to connect top talent with top projects, allowing contributors to work broadly across the ecosystem. Contributions can come in the form of code, products, partnerships, educational initiatives, contracts, or content.

MOST COMMON TOOLS USED BY DAOs

Aggregators can act as the glue that bridges the gap between these different tools and frameworks. Their efforts will likely center around abstracting away the nuance and complexity of infrastructure and middleware in an effort to lower user experience frictions in interacting with DOs. These providers are also well positioned to index and serve global statistics and data as well as study the more ‘meta’ relationships emerging from cross-DAO interactions. (Broad Room And Tally)

Governance frameworks are smart contracts that enable rules of a decentralized governance process to be enforced on the blockchain. This code specifies the parameters by which power is distributed, the process is executed, and votes are cast. Example of tools listed below: (Bravo, Snapshot, Moloch, Aragon, Orca, Habitat, Elastic Dao, Colony, Dao Stack ,Open Law)

Some of the above frameworks have a controller that allows users to directly interact with the governance contracts through a user interface. They tend to be built by the same team building the framework. Controllers can also offer data and APIs helping developers pull and index information and can provide more comprehensive features helping integrators spin up their DO. (DAO Haus, Alchemy, Vocdoni)

Treasury and capital allocation is a common decision that DO members have to make. Funds can be secured in a smart contract ‘multi-sig’ wallet requiring a minimum number of people to approve a transaction before it can occur (M-of-N), or they can be stored in other types of smart contracts (these treasuries are growing pretty significantly). There are a number of teams building the contracts and the tooling for signers, as well as members, to seamlessly interact with locked capital or portfolio assets allocated and managed by governance.

Talent and contributions are core to the value created by DOs internally and externally. Folks are building tools to measure labor and output from contributors and members, given that in a multidisciplinary environment, the delivery of product, knowledge, and services will end up taking many forms and could become quite subjective.

As internet-native organizations, DAOs have the potential to change the way corporate governance works completely. While the concept matures and the legal gray area they operate in is cleared, more and more organizations may adopt a DAO model to help govern some of their activities.

When your story is ready for rewrite, cut it to the bone. Get rid of every ounce of excess fat. This is going to hurt; revising a story down to the bare essentials is always a little like murdering children, but it must be done

Increase Your Business Customer Base with Local SEO Strategies 2022

SaaS is continuing to grow in popularity.
Business Operations

How to Find the Right Software Development Company for Your Startup

A software development company can be a vital part of your startup.
Marketing Strategy

Marketing Strategies for your NFT Projects 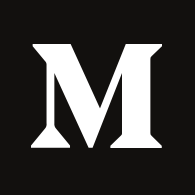